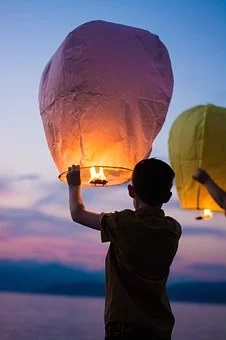 Who doesn’t have a wish list? Here at Sparking Zone, our list contains a variety of projects, mainly in theatre and film/video, that are in various phases of development… phases that commonly last years.

Both Michael Aquilante and Jon Laskin spent the 1980s in Los Angeles…Hollywood, to be specific. Jon mainly pursued his acting career, and Michael chased notoriously elusive script-writing while working in TV and film production at various major studios. Everyone who has chased this tiger knows the tortuous and torturous game is a vortex of writing treatments and scripts, finding an agent to help you sell them, taking pitch meetings with producers, cajoling stars to attach themselves to your project, and on and on… all while dealing with a day-job and the trauma of rejection after rejection. And everyone who has chased this tiger loves the game.

One such wish project for which hope springs eternal is Michael’s script for a 1980s period musical dramedy, Richie & The Rockets, which tells the story of four lifelong friends who once had a dream of “making it.” Having reached that infamous crisis period of middle-age, the three Rockets have lost the dream fire…but it still burns hot for Richie.

The script started with an idea hatched by Michael and actor Steven Randazzo, both of whom were teenage members of different 1950s doo-wop vocal groups that haunted the echo-producing caverns of subway stations in Manhattan, Brooklyn, Bronx…wherever. The script was optioned, had serious interest from Universal Studios, came close to that magical “green light,” but ultimately went back on that proverbial shelf.

Following is a taste of the film’s style, tone, and major characters: 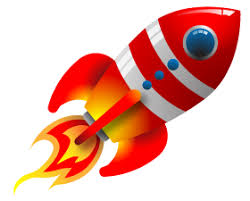 Screen door opens toward us. Sonny and his two “bodyguards” clownishly stumble out. Danny stops chanting, starts applauding and whistling.

DANNY: It’s about time. You guys got us dying out here.

GIORGIO: One tune, Sonny, just one.

DANNY: And how you guys gonna make this tape without a little rehearsal?

Anthony approaches the group, a concerned look on his face.

ANTHONY: Richie, what the hell’s going on? You swore you wouldn’t pull any stunts like this.

RICHIE: Danny, you got a mouth like a subway tunnel, maybe bigger.

DANNY: What did I say?

RICHIE: (childlike) You can’t even have a little surprise anymore. Who—knows when you’ll be back in New York again? I just thought it would be nice if the four of us got together again. You know, to sing like we used to.

KAREN: You know how he is, Sonny. He never gives up.

GIORGIO: Come on, Sonny. It’ll keep him happy for another—well, for another week, at least.

ANTHONY: And just where are we supposed to make this tape?

RICHIE: Remember the studio on Broadway? Where we cut the demo for our song?

ANTHONY: Who could forget it, with the mice coming outta the walls to listen? Yeah, so?

RICHIE: So I booked it for a couple of hours. Just for the hell of it.

RICHIE: Okay, everybody. Into your cars. Karen, get the baby.

EXT. ROCCHETTI HOUSE / HIGH AERIAL VIEW – DUSK
People file out from the back yard like a line of ants. All carry items of food and drink, and enter cars in groups. The cars line up, parade style, behind Richie’s Impala.

INT. THE IMPALA
Richie and Sonny are in the front seat. Karen, Camille, Michelle and the baby are in the back. Richie drives off, waving on the line of cars behind him.

RICHIE: Listen Sonny, if you really don’t wanna do this, don’t let me force you.

Sonny shakes his head, smiles, looks back to Karen.

SONNY: Karen, how do you live with this guy?

INT. RECORDING STUDIO / CONTROL ROOM – EARLY EVENING
The sound engineer, forest sits at the control board. He sets buttons, dials and switches, and tokes on a joint. Forest is young, thin, and wears trendy, rock-musician gear. He communicate through headphones with Colette, his beautiful, young, black assistant in the studio beyond the glass wall.

INT. SOUND STUDIO ¾ CONTINUOUS
Colette is setting up microphones and equipment in the sound studio. Forest’s voice booms over the speakers.

Colette smiles, shrugs, and drops a tangled cable to the floor. Forest waves through the glass for Colette to join him.

INT. CONTROL ROOM ¾ CONTINUOUS
Forest is holding out the joint, offering it to Colette. Colette enters the control room, smiles and takes the joint.

COLETTE: Thanks, I could use a little assistance. Who are they, anyway?

Colette tokes on the joint.

FOREST: Richie and The Rockets.

COLETTE: Never heard of them.

FOREST: Me neither. They’re just fooling around, some kind of memento. Maybe they won’t even use up the two hours they booked.

Forest snaps his fingers for Colette to pass the joint back. Colette takes a fast toke, and hands the joint back to Forest. Sounds of voices and footsteps from outside the control room. Forest snuffs out the joint, pops it in his shirt pocket.

COLETTE: Hey, why’d you kill that?

FOREST: One of them is a cop.

Control room door opens toward us. Richie peeks in, then opens the door fully and walks in. Sonny, Giorgio and Anthony enter and quickly close the door. Forest hears faint laughter and voices from outside the door. Richie authoritatively extends his hand to forest.

RICHIE: Hi, Marty. I’m Richie Rocchetti. Y’know, Richie and the Rockets. We spoke to you yesterday. You got us booked here for some time.

Richie doubts the competency of Forest and Colette. He swallows a belch, and puts his hand to his stomach.

RICHIE: Uhhh—you sure you know what you’re doing there, Foster?

Richie smiles and winks at Sonny.

RICHIE: Ohhhh, For-est. You mean like in the trees.

FOREST: Actually, the trees are in the forest, but you got the idea.

Giorgio laughs, then gives a passionate look to Colette. Sonny and Anthony smile at each other. Richie hands Forest a boxed reel of tape.

Forest takes the tape out of the box, and hands it to Colette. Colette takes it over to the tape deck, brushes past Giorgio. Giorgio grabs Richie’s arm, speaks into his ear.

GIORGIO: Minchia, Rich. How am I gonna sing with that gorgeous black panther moving around me?

Forest sits at the board, headphones on, getting seriously to work. Forest’s POV: The control room exterior door opens suddenly. A burst of voices, followed by a crowd of people rushing in. Danny leads the rowdy pack.

DANNY: Let’s get this show on the road.

Forest jumps up from his seat, and shouts at Richie.

FOREST: You must be kidding! We can’t have all these people in here!

Forest notices the baby, and sinks slowly into his chair. Richie thrusts a bottle of beer in front of Forest.

RICHIE: Don’t worry about it. Just work them knobs, give us a good mix.

RICHIE: We better warm up a little. Sonny, let’s do My Eyes Adore You, Frankie Valli.

SONNY: I don’t know if I can get that high anymore.

RICHIE: We’ll get you a ladder. (All laugh) Tony, how about Kiss and Say Good-bye?

ANTHONY: The Manhattans? I never could remember the words to that song.

RICHIE: Giorgio, how about The Emotions, The Best of My love.

GIORGIO: Bring that black beauty over here. I’ll give her the best of my love.

Anthony playfully smacks Giorgio on the back of his head. Sonny’s becoming impatient, resenting their silliness.

SONNY: Some things never change. If we’re gonna sing, let’s do it. I don’t have all night.

Richie clears his throat, then searches for a note.

The other three try to follow with sour harmonies.

Richie smiles, and begins singing Love Train by The O’Jays.

RICHIE: “Tell all the world join in…”

Someone is flat in the background harmony.

ANTHONY: Your greaseball head is flat.

Giorgio ignores the insult, and sings the note for Anthony.

ANTHONY: Your breath could kill a horse.

Richie cracks up laughing. Sonny is not amused.

Richie joyfully puts his arms around the three Rockets.

RICHIE: I love you guys. This is what I miss. The laughing, screwing around.

The crowd sits around on chairs, tables, desks, the floor. They try to be reasonably quiet, but fail. Camille snaps pictures of the group from her side of the glass. Colette enters the control room, and approaches Forest.

A blast of sound erupts from the control-room speakers. Richie & The Rockets are singing harmonies.